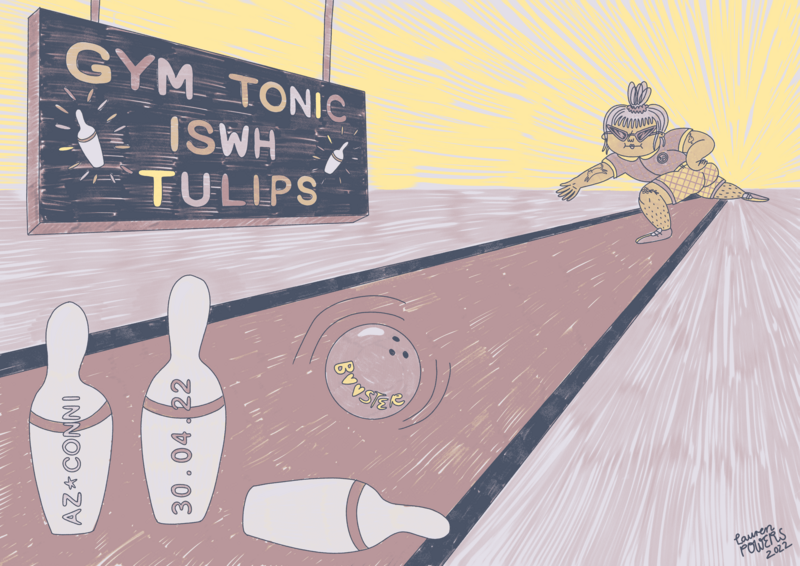 Gym Tonic Gym Tonic are an international four-piece and talk of the town when it comes to hyped-up synth punk. In some parallel universe, DEVO, Half Japanese and The Residents grew into one and decided to channel their energy into songs about nuclear catastrophes, vitamin injections, car sickness and deadly events. Throw melody lines straight out of the Twillight Zone on top and you have an all-around gem.

ISWH (Indian Summer Westward HO!) Five friends enjoying hanging out together and making music. Simple story but the music they create is something else: complex, intense, athmospheric and incredibly well written. Imagine Robert Smith noodeling some American Football Riffs on guitar, while Mogwai is backing him up.

Leider nicht mit dabei:
TULIPS TULIPS perfectly fill the gap between dark wave and dreamy pop-punk: Spherical synthie sounds hit on straight basslines and drumming that brings up reminiscences of 80s Punk Sounds. The guitar melodies adds an melancholic note to it and is topped by the oustanding voice of Luna. Their demo from 2018 was already impressive and the band blew everyone’s mind who saw them performing live, but with the 7 songs of “Easy Games” they step into another sphere. If you like old stuff like Siouxsie and the Banshees and/or newer bands like The Organ you should definetly give TULIPS a listen.