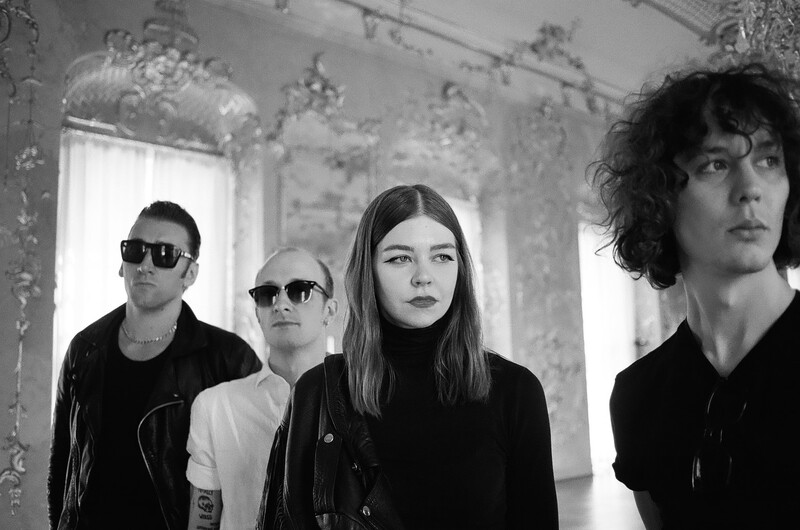 It’s been 10 years since Craig Dyer titled his creative project, The Underground Youth, and started releasing his lo-fi psychedelic recordings for free online. Following the prolific output of 2009’s ‘Morally Barren’ and ‘Voltage’ and 2010’s ‘Mademoiselle’ and ‘Sadovaya’, a loyal fan base quickly developed and never stopped growing.


Fifth album ‘Delirium’ was released in 2011 and was to be the first release for the brand new independent record label, Fuzz Club Records. Following the release the label urged Dyer to assemble a live band and bring TUY’s music to the stage.
The live band has seen a number of changes over the years but having moved from Manchester to Berlin in 2016, is currently settled with Craig (Vocals, Guitar) Olya Dyer (Drums) Max James (Bass) and Leonard Kaage (Guitar).

Since the live band was assembled in 2012, TUY have been constantly touring Europe and the rest of the world, consistently selling out shows and receiving widespread praise for their festival performances. Everywhere the band seems to go, their cult following grows.
Since signing to Fuzz Club Records, TUY have released a further 3 LP’s, 2013’s ‘The Perfect Enemy For God’, 2015’s ‘Haunted’ and 2017’s ‘What Kind Of Dystopian Hellhole Is This?’ Bringing the total number of releases to 8 LP’s and 3 EP’s, along with live sessions, singles and special re-releases, TUY have not dropped the prolific level of output over their 10 year existence.

With a developing sound over the years TUY have crossed from their unique brand of darkly cinematic psychedelia to a raw and blisteringly noisy style of post-punk. The live shows of recent years have seen this sound develop and the band are currently in their studio in Berlin capturing this sound for what will be their ninth studio album.
Focusing as always on beautiful melodies and dark poetic lyrics, the subconscious of this new album is set to be penetrated by the raw energy and noise of the band’s current live shows. With the release of the new album due for early 2019.

THE VACANT LOTS
Are an American duo which key´s element minimalist, primitive rock and roll songs is their boundless energy, which tears up the psych template with a genuine punk spirit. The notion of duality is also a recurring theme in the band’sminimal means maximum effect aesthetic, whether in their lyrics or fiercely monochromatic artwork.